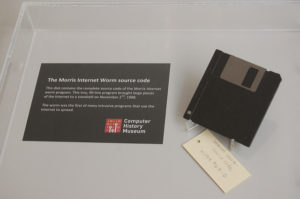 The morning of Nov. 3, 1988, the Internet discovered stranger danger thanks to a 24-year-old grad student whose intellectual curiosity got out of hand.

The Morris worm was the creation of Cornell University student Robert Tappan Morris Jr. and provided the Internet’s first wake-up call about the need for security. In 1988, the Internet had about 60,000 users, mostly academics sharing information via email in a rather utopian environment. No one worried too much about “keeping their doors locked,” as some historians have written—the Internet of 1988 was the digital equivalent of Mayberry.

But Morris was the type of guy bored by his homework, and he set out to create a bot that could explore the limits of the Internet without revealing its presence. (His dad happened to be a government computer security expert, so he used his own father’s work to research Internet vulnerabilities, such as easy-to-guess passwords.)

Morris’ experiment didn’t work as planned, however. A few coding errors gave the worm a life of its own, leading it to crash servers across North America. Government officials and university researchers quickly banded together to resolve the crisis. They were so laser-focused on their efforts, though, that they missed an anonymous listserv message in which Morris apologized for the incident and explained how to stop the malware’s further spread.

The Morris incident spawned the creation of the Internet security industry and led to the founding of the CERT Division at the Software Engineering Institute, a leading voice in cybersecurity research. Robert Morris Jr. became one of the first people convicted under the federal Computer Fraud and Abuse Act. His sentence included three years of probation, 400 hours of community service, and a $10,000 fine.

Today, many believe Morris’ sentence was too harsh, and some even seek a presidential pardon for him. As for Morris, he has remained quiet about his creation and became a tenured professor at MIT.